The Benefits of Chiropractic for Allergies 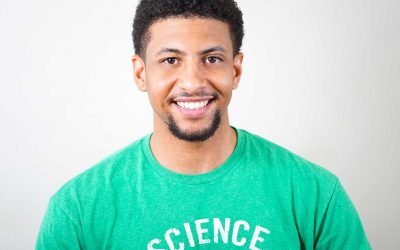 Background: An association between visceral disease and immune dysfunction from sympathetic segmental disturbances secondary to vertebral subluxation has been put forward by chiropractic, osteopathic and medical practitioners. We report on the positive results of a controlled study using chiropractic adjustments to reduce subluxations in patients with Crohn’s disease and allergies. We also discuss possible mechanisms for the relationship between visceral and immune dysfunction and subluxation.

Methods: We divided 57 Crohn’s disease patients into two groups. A treatment group consisting of 17 patients and a control group consisting of 34 patients. 6 patients were excluded from the study because of their symptoms, progress and changes in blood test values and because vertebral subluxations were present only in the lumbar region. With all patients continuing their present medication, we subjected the treatment group of 17 patients to spinal adjustment in order to reduce the vertebral subluxations in the thoracic and lumbar regions and compared them with the 34 patients who did not receive spinal adjustments.

Results: Of the 17 patients who received spinal adjustments,

12 showed long-term and stable remission of their symptoms and 9 experienced an alleviation effect. We found that vertebral subluxation is a common and characteristic finding in patients with allergies and Crohn’s disease.

Conclusion: According to the results of this study the possibility may be considered that chronic nerve compression secondary to vertebral subluxation in the thoracic and lumbar regions had a significant effect on the immune function of these allergy and Crohn’s disease patients. It is further postulated that this nerve compression leads to a chronic functional disorder having a significant effect on digestion, absorption of nutrients and liquids, conveyance of food as well as various other functions of the digestive tract extending to excretion.

A New Approach to the Upper Cervical Adjusting Procedure: Part I

Patient was a 27-year-old man with chronic sinusitis, headaches, nervousness, and insomnia. His examination revealed an atlas subluxation. Patient received upper cervical adjustments over a period of 3 months. The patient demonstrated correction of their upper cervical subluxation via pre and post Blair protracto x-ray views, spinal thermography, and pelvic balance leg length equality examinations. Patient reported a 50% reduction in frequency and intensity of all symptoms at 3 weeks and at 3 months reported he had been symptom free for 4 consecutive weeks.

In this paper the authors asked, “How frequently [do] patients report nonmusculoskeletal symptomatic improvements and [what are] the types of such reactions that patients believe to be associated with chiropractic.”

Twenty consecutive patients from 87 Swedish chiropractors answered questionnaires on return visits. A total of 1,504 questionnaires were completed and returned. Twenty-three per cent of patients reported improvement in nonmusculoskeletal symptoms, including:

This is the case study of “a four year old boy with headaches, vomiting, nasal drip and decreased appetite was being treated with large doses of antibiotics. Past history revealed a fall on his head at age two from a height of 4 feet.

“Chiropractic analysis revealed a left cervical rotation with retrolisthesis and rotation of C2. He was seen 2 times per week for six months. The results were excellent. No more headaches, vomiting or nasal drip. In addition, his attitude and appetite dramatically improved.”

Chiropractic adjustment in the management of visceral conditions: a critical appraisal

Diagnosis and treatment of TMJ, head, neck and asthmatic symptoms in children

From the abstract: “Pathologic strain patterns in the soft tissues can be a primary cause of headaches, neck aches, throat infections, ear infections, sinus congestion, and asthma.”

A comparative study of the health status of children raised under the health care models of chiropractic and allopathic medicine. Van Breda, WM and JM. Journal of Chiropractic Research Summer 1989.

Children under chiropractic had less use of medications, including antibiotics, and suffered from less ear infections.

The authors found that pediatric patients at Western States Chiropractic College public clinic commonly had complaints of ear-infection, sinus problems, allergy, bedwetting, respiratory problems, and gastro-intestinal problems. Complete or substantial improvement of their chief complaint had been noted in 61.6% of pediatric patients while 60.6% received “maximum” level of improvement. Only 56.7% of adult patients received “maximum” level of improvement.

Post-traumatic epilepsy, allergic problems, and dizziness have been relieved by cranial manipulation.