The Benefits of Chiropractic for Back Pain 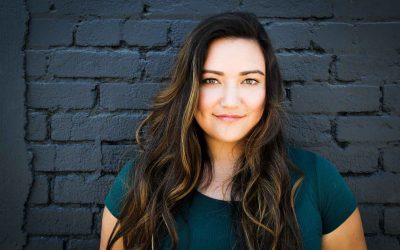 Three groups of patients with back pain were given a nine week course of care using medicine, acupuncture or chiropractic care. The results showed a significantly higher number of satisfied chiropractic patients.

The 40 medical patients were given two anti-inflammatories (NSAIDS) and the pain killer Celebrex T, Viox T or paracetamol. 18 dropped out early because the drugs either didn’t help or caused side effects. Of the 22 who completed the study only two found relief.

Out of 32 patients who tried acupuncture 10 dropped out early because they weren’t being helped. Of the rest 3 reported pain relief.

Out of 33 chiropractic patients eight dropped out because they weren’t being helped. Of the rest nine reported pain relief.

Is low back pain part of a general health pattern or is it a separate and distinctive entity?A critical literature review of co-morbidity with low back pain.

This review paper (literature search) goal is to see if there is co-morbidity or other health problems in people with persistent lower back pain. Twenty-three papers were reviewed. All “showed positive associations to all disorders investigated (headache/migraine, respiratory disorders, cardiovascular disease, general health, and others) with the exception of diabetes.”

The conclusion states: “The literature leaves no doubt that diseases cluster in some individuals and that low back pain is part of this pattern. However, the nature of the relationship between low back pain and other disorders is still unclear.” Unfortunately the authors did not investigate whether the most important findings chiropractors could locate, the vertebral subluxation complex, was a factor. The presence of VSC may clarify the relationship between lower back pain and visceral etc. disorders.

The course of low back pain in a general population. Results from a 5-year prospective study Hestbaek L, et al. Journal of Manipulative and Physiological Therapeutics. May 2003; Vol. 26, No. 4.

In this study, more than one third of people who experienced LBP in the previous year did so for more than 30 days. Forty percent of those still had LBP 1 and 5 years later, and 9% were pain free in year 5. LBP rarely seems to be self-limiting but merely presents with periodic attacks and temporary remissions.

The objective of this project was to evaluate the efficacy of using self-reported questionnaires to study manipulation under anesthesia (MUA) for patients with chronic low back pain. Self-reported outcome assessment instruments were used to evaluate changes in patients receiving MUA versus those not receiving MUA.

In this sample of patients with chronic low back pain, self-reported outcomes improved after the procedure and at follow-up evaluation. There was more improvement reported in the intervention group than the nonintervention group. This study supports the need for large-scale studies on MUA. It also revealed that self-reported outcome assessments are easily administered and a dependable method to study MUA.

This is the case of a 65-year-old man who began to have symptoms of lower extremity pain and parasthesias, ambulatory problems, urinary difficulties (having to urinate every half hour) and visual problems after back surgery which fused his thoracolumbar segments. Patient also had gout which affected his right big toe and fingers, ankles, elbows and fingers. He was on Indocin for the gout. He was also on medication for high blood pressure and wore glasses for reading.

Twice as a child he suffered from head trauma. One time he fell over a railing and landed on top of his head.

The patient reported that during the evening of his first adjustment he experienced shock-like sensations bilaterally into his arms and legs. He also reported chills, a fever, and coldness in his hands, sweats, and an increase in frequency of urination, gluteal muscle soreness and loss of appetite. By the next morning the symptoms resolved.

Patient had twenty chiropractic visits over a 5 month period. By the time of the seventh visit he did not need an adjustment. The numbness and tingling along the right side of his body were gone and he was walking better. His legs felt stronger and he was not using his cane much. Sitting and standing were less troublesome.

He reports a decrease in frequency of urination to only a few times a day and that he doesn’t need his glasses for reading anymore.

In this study researchers surveyed 481 eight to ten year olds and 325 adolescents (14-16 years old). Within a one month period, 39% stated they had experienced back pain – the thoracic (mid-back) area being the most common area of complaint in childhood; thoracic and lumbar (low back) pain being more common among adolescents. Neck pain was rare in those surveyed.

“The Agency for Health Care Policy and Research (AHCPR) recently made history when it concluded that spinal manipulative therapy is the most effective and cost-effective treatment for acute low back pain.One might concluded that for acute low-back pain not caused by fracture, tumor, infection, or the cauda equina syndrome, spinal manipulation is the treatment of choice.”

This is a case study of a 21-year-old female with a history since childhood of grand mal and petit mal seizures occurring every three hours.

Examination revealed subluxation/dysfunction at L5-S1, C6-C7 and C3-C4, retrolisthesis at L5, hypolordosis of the cervical spine and hyperextension at C6-C7.

Gonstead care was administered and at a 1.5 year follow-up, the patient reported her low back complaints had resolved and her seizures had decreased (period between seizures as great as 2 months).

The authors conclude, “Data suggests that epilepsies are common, with an incidence between 40 and 200 per 100,000 with an overall prevalence between 0.5-1.0% of the general population. When one considers the potential side effects of anti-epileptic drugs, research into the effects of chiropractic care for patients with epilepsy should be initiated.”

This study reported that there is “strong evidence of the effectiveness of manipulation for patients with chronic low-back pain.”

This is the case of a 33-year old woman with centralized lumbosacral pain.

After 30 months of chiropractic care she was still experiencing some lower back pain and limited improvement and agreed to see an orthodontist who diagnosed a “Class 11 malocclusion with significant loss of vertical dimension, characteristic of bilateral posterior bite collapse”.

The co-treatment approach, which integrated dental orthopedic and craniochiropractic care, ameliorated the pain and improved head, jaw, neck and back function.

Conclusion: The position of the jaw, head and vertebral column, including the lumbar region, are intricately linked. Orthodontic treatment improved the position of the mandible, which in turn enabled the body to respond to chiropractic care.

Toftness adjustments had significant clinical benefit, whereas those receiving sham interventions did not improve.

Enhanced chiropractic coverage under OHIP (Ontario Health Insurance Plan) as a means for reducing health care costs, attaining better health outcomes and achieving equitable access to health services. Manga, P. Report to the Ontario Ministry of Health, 1998. “On the evidence, particularly the most scientifically valid clinical studies, spinal manipulation applied by chiropractors is shown to be more effective than alternative treatments for low back pain.”

Chiropractic management of patients with acute and chronic back pain was significantly more cost effective than standard medical management under the National Health System. The main outcome measure used was the Oswestry Questionnaire.

“…The percentage of chiropractic patients who were ‘very satisfied’ with the care they received for low back pain was triple that for patients of family physicians.”

This study has been referred to as “Probably the most comprehensive and detailed independent examination of chiropractic ever undertaken in any country.”

“The Commission has found it established beyond any reasonable degree of doubt that chiropractors have a more thorough training in spinal mechanics and spinal manual therapy than any other health professional. It would therefore be astonishing to contemplate that a chiropractor, in those areas of expertise, should be subject to the directions of a medical practitioner who is largely ignorant of those matters simply because he has had no training in them.”

This paper compared chiropractic and hospital outpatient care for managing low back pain of mechanical origin. From the paper:

“The benefit of chiropractic treatment became more evident throughout the follow-up period.

“Chiropractic was particularly effective in those with fairly intractable pain-that is, those with a history of severe pain.”

This review of the literature distills and synthesizes previously published research. The article lists various causes of low back pain, noting findings in patient histories, physical examinations, and diagnostic imaging that represent “red flags” indicating the need for referral to a specialist for surgical intervention.

After patients are screened for red flags, conservative treatment should be the first line of treatment for patients without absolute signs for surgical intervention.

This was a review of many treatments for acute low-back pain in adults.

The panel of medical doctors, osteopaths, nurses, physical therapists and others familiar with the treatment of low back pain reviewed over 100 published studies relating to spinal manipulation.

The results of their five year study concluded that relief “can be accomplished most safely with non-prescription medication and/or spinal manipulation.”

The panel found little evidence to support the use of injections, muscle relaxers, steroids, acupuncture, and early surgical intervention and found that “bed rest should be avoided” because it was useless and may make the condition worse.