The Benefits of Chiropractic for HIV & The Immune System 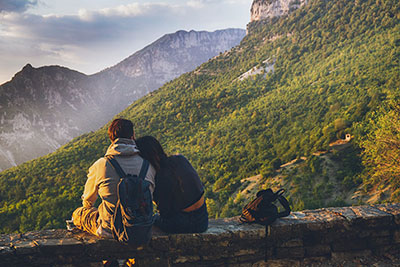 The goal of chiropractic care is to free patients from vertebral subluxations, a serious interference to life and health. Releasing subluxations permits the body to work more efficiently.
Research studies are increasingly revealing that the addressing of “subluxations” has a beneficial effect on many levels of one’s health.
The immune system function is one of the most exciting areas of study in chiropractic. More and more research is pointing to an immune system enhancing effect from spinal adjustments.

Both boys suffered from severe Hyperemesis (vomiting) associated with a hyperactive gag reflex and were on a liquid diet: the six-year-old by mouth and the 4-year-old by gastric tube. The 6-year-old had a viral load of 1,200 and was on a therapy regime of antiviral drugs. His 4-year-old brother, with a viral load of 1,000,000 was on a cocktail of HIV medications (after the monotherapy failed).

The 4-year-old had a history of chronic ear infections and the 6-year-old had severe learning disabilities. Both boys needed a walker or bilateral canes. The older boy had uncontrollable dribbling.

Adjustments of the subluxated segments were begun; each boy was initially seen 2 times a week for three weeks.

Within three weeks of initial care the older boy could walk better, he was able to use only one cane instead of two, he ate solid food for the first time since birth, his chronic drooling stopped as did his gagging and vomiting. However, if he went longer than 30 days without an adjustment his gag reflex returned as well as the uncontrolled vomiting.

The younger boy was able to stop the gastric feeding and take his liquid food orally, his vomiting reduced and his chronic ear infections ceased. In a few months he was able to eat solid food. His viral load dropped from 1,000,000 to 5! As long as he was adjusted 1-2 times per month his vomiting did not return.

This is the case of a male 5 year old who was diagnosed with malformation of cervical spine, severe scoliosis, and occiput position severely anterior to cervical spine. The child was not vocalizing well, had an absence of T-cells and immune dysfunction, and had colds all the time. Surgery had been considered to correct skull positioning.

In the first series of adjustments, we adjusted the lad in a sitting position utilizing the infant toggle headpiece. The Atlas was adjusted ASL.

Child was re-evaluated in native country and medical staff stated that everything was now normal.

All the patients in this group had HIV and full-blown AIDS and were receiving medical treatment. In addition, five patients started chiropractic care. After 6 months, those not under chiropractic care suffered a decline of 7.96% in CD4 levels (and two deaths) while the group receiving chiropractic adjustments experienced a 48% increase in CD4 cell counts.

This indicates that correction of upper cervical subluxation could improve immunocompetence.

Note: The study was originally intended to go on for one year, but after two patients in the control group died of AIDS, Dr. Grostic decided to end the study and put the surviving controls under chiropractic care.

This paper reviewed prior work by chiropractors on HIV patients that suggest that vertebral manipulation may have wide-ranging effects. From improvement in symptoms like peripheral neuropathy, to stimulation of immune system components, chiropractic is encouraging to individual well-being. The reduction of stress, education of the patient towards an immunopositive lifestyle and the removal of nervous system interference are the central benefits which chiropractic offers.