The Benefits of Chiropractic for Sciatica 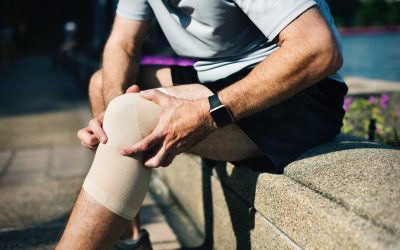 This is a prospective, observer-blinded, pilot randomized clinical trial of 20 patients aged 20-65 with low back-related leg pain. Patients were divided into three groups. One group was given medical care, one group chiropractic care and one group steroid injections. All groups showed substantial improvement at the end of the 12 week study.

Many medical doctors prescribe bed rest for sciatica, yet according to the authors: “For low back pain, bed rest has traditionally been considered effective, although there is little objective data to support this view. In recent years evidence of the ineffectiveness of bed rest for low back pain has accumulated, but bed rest continues to still be widely used for treatment of sciatica.”

From the conclusion: “Among patients with symptoms and signs of a lumbosacral radicular syndrome, bed rest is not a more effective therapy than watchful waiting.”

“All those experienced in manipulation can report numerous examples of migrainous headaches, disequilibrium (vertigo), subjective visual disturbances, feelings of retro-orbital pressure, dysphagia, dysphonia, heaviness of a limb, extra segmental paraesthesia, restriction of respiratory excursion, abdominal nausea and the cold sciatic leg being relieved by manual or mechanical treatment of the vertebral column.”

Two patients with sciatic neuropathy and confirmed disc herniation were treated with low force treatment regimen consisting of Activator instrument adjusting, pelvic blocking, high voltage galvanic current and exercises. Follow-up CAT scans in the first case (revealed) complete absence of disc herniation. The second case follow up scan revealed the continued presence of a silent disc bulge at the L3-4 level and partial decrease in a herniation at the L4-5 level. The bulge appeared to have shifted away from the nerve root. Both patients’ pain levels decreased from severe to minimal. The patients regained the ability to stand, sit and walk for longer periods without discomfort; lifting tasks also became easier. The patients were able to return to full work capacity at three and nine months respectively.